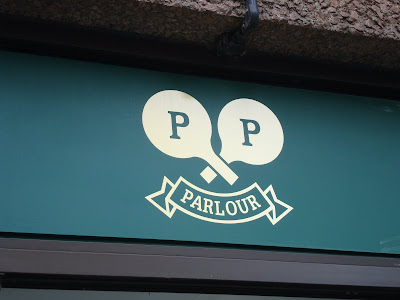 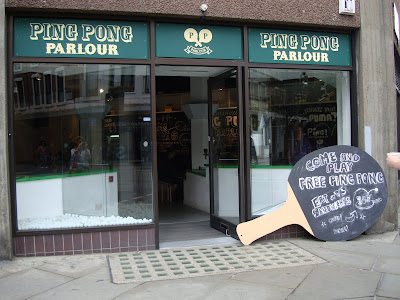 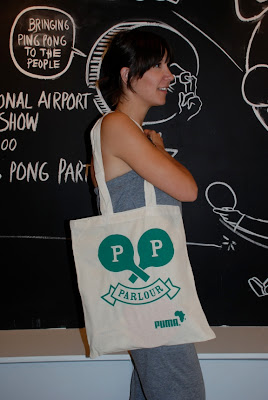 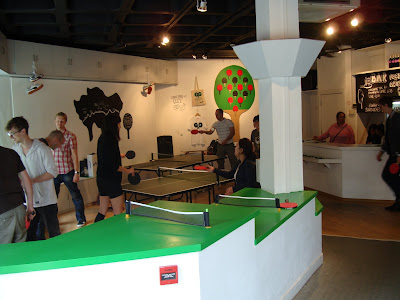 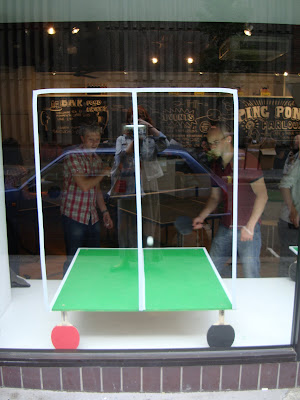 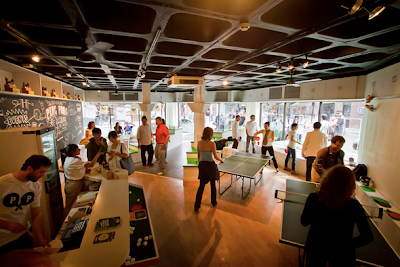 we’re trying to squeeze in time to visit the pop-up ping pong parlour. only on until the 14th august the idea is that you play ping pong for free while sipping a beverage. the ping pong parlour is part of a wider initiative called ping! to put 100 ping pong tables on the streets of london for one month this summer. sited in landmarks, squares, shopping centres, airports, parks and train stations their aim is to bring ping pong to the people. part sponsored by puma they have made available a series of merchandise including bags, hats, bats and balls etc.

Labels: • go out, • graphic and brand it